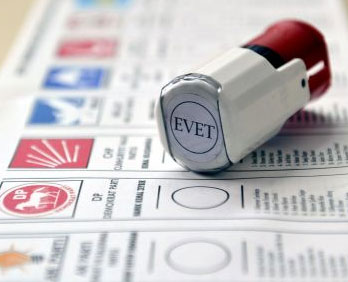 With two months before the Turkish local elections take place, Prime Miniter Tayyip Erdogan’s party is still, by a wide margin, the most popular with voters, as it has been since 2002. However many are qıestioning if that wide margin is getting narrower these days due to corruption allegations that has tarnished the government’s image. Polls show Erdogan’s Justice and Development Party (AKP) still leads but voting rates differs greatly in each poll. By this none can assert that these polls are accurate predictors of the results of the upcoming elections. At this stage, taking a look at Google Trends data that consist of the searched key phrases in Google.

The key phrases that I am focusing are “AKP adayı” and “CHP adayı”. CHP (Republican People’s Party) is the main opposition party which is led by Kemal Kilicdaroglu and “adayı” means “candidate” in Turkish. This is an important point because the candidates have more influence on decisions in local elections than they do in general elections.

The last local elections were in March 2009, as a result I used a date filter and generate a chart for the related key phrases between October 2008 and March 2009, an here is the results.

The blue line shows the number of searchs for AKP candidates as well as the red one does for CHP.  According to Wikipedia, AKP’s share was approximately 39% as CHP took %23 of the total votes. Google’s data does not seem like a bad estimator.

So What About Now

This time it is more complicated, and yes, flawlessly pictures Turkey. Not surprisingly, we will have much more backtakings in the chart as the election approaches. On the other hand, considering the average data (the ortalama bars), it is likely that the gap has not been too wide this time. Subjectively, I guess that it is AKP losing momentum, not CHP gaining.

Maybe tracking these two lines is not a useful tools to estimate the results but at least it is funny and I strongly recommend it. You can enhance the work by watching the trends in different periods or by adding nationalist MHP and pro-Kurdish-socialist HDP.