After seven years of international sanctions, Iran is once again open for business. The end of sanctions is a lifesaver for the economy as billions of dollars’ worth of frozen Iranian assets were released. In addition, years of isolation and a lack of investment have severely affected the economy and specifically natural resources infrastructure which now requires strong injections of fresh capital. At this stage, many investors started to look at Iran to invest in since the country in a kind of way provides a win-win story. While the isolated-for-years country is about to be reintegrated into the global economy, talking about the unnoticed structure of the economy may come in useful.

Firstly, the chart above shows Iran’s GDP composition by sectors. The share of oil and gas has absolutely been lower in the recent years, as services has become more important. The biggest contribution to the services industry has come from transportation & communication and real estate services (10-year compound annual growth rates were 10.6% and 6.5%, respectively). On the industrial side, mining was the business area which posted the highest growth (10Y CAGR was 10.6%).

Enlightening the potential of Iran’s natural resources which may attract capital, Iran is #1 in proven natural gas reserves (1,187 cubic feet and #4 in proven oil reserves (157 billion barrels) and #1 in proven reserves of zinc, #2 in Copper, #9 in Iron Ore and plentiful gold, lead, and many other minerals estimated at representing over 7% of the world’s mineral reserves.

Analyzing the main components of GDP, my key takeaways are the strong household consumption that contributed to the national income even in the recession period, and the low government spending that remained very low in absolute terms, highlighting Iranian fiscal policy is remarkably non-populist and predictable. Investments, however, was highly macro-sensitive and played an important role for the total income. That said, changes in inventories shown in the chart below with unfilled bars also have tipped the balance on growth. In the sanctions era, we have seen the annual inflation rising up to a record level of 45% but fortunately lowered slightly above 10% thereafter. With average deposits rates around 17% Iran simply returns the value to investors, and the central bank is primarily pursing the goal of price stability with keeping the real interest rates high.

To fill an important blink about the Iranian consumption, Iranian people have remarkable increased their spending on education, communication, healthcare and housing. With such a solid consumption track record, these would be areas where investors should be looking for long-term plays in my view. Also note that household indebtness is significantly low in the country which now has room for growth. We therefore will see high business volume growth in the financial services over the next years. A lesser known fact is that tourism potential of Iran, mainly driven by many historically important sites. You may ski in the North or enjoy golden sandy beaches in the South.

After painting a rosy picture about Iran, this is where I should investors about the corporate governance standards in the country. Iran ranked 130th among 167 countries in the Corruption Perception Index released by Transparency International in which countries listed from least corrupted to the most in an ascending order. Considering that Iran was one of the worst business environments in a business ethics perspective, the government is making progress in fighting pervasive corruption in Iran. Additionally, the complicated legal system is among the risks investors have to keep in mind before entering the market.

The below is a list of top traded stock listed in Tehran Stock Exchange where the total market cap reaches up to $170 billion. However, due to the above-mentioned risks, as ever it is in frontier markets, debt is currently a better investment than equity in Iran.

With the removal of the sanctions, Turkey and Iran not have the opportunity to expand positive aspects of their relationship. Despite the fact that two countries confront each other over Syria, the economic collaboration will ultimately strengthen over the upcoming period. Turkey will have a lot to benefit from Iran’s huge commercial market but also will face fierce competition in some areas including cement industry.

Turkey’s Gubretas (BIST:GUBRF), a fertilizer producer, recently appeared to be the top pick of investors who bet on Iran’s opening gates to the world in Turkish market. Gubretas owns 48.8% of an Iranian company, Razi Petrochemicals, which generates almost half of the total revenue. With domestic catalysts which include the impact of the removal of VAT on fertilizers, Gubretas has a positive outlook. However, risks related to the corporate governance need to be mentioned here again, since I do not believe the stock is not a buy under the current circumstances. 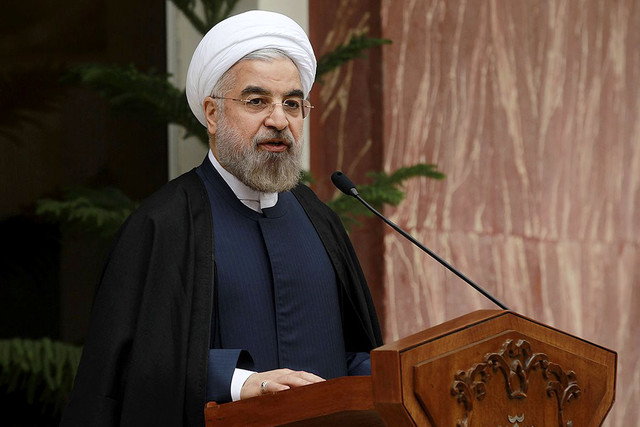