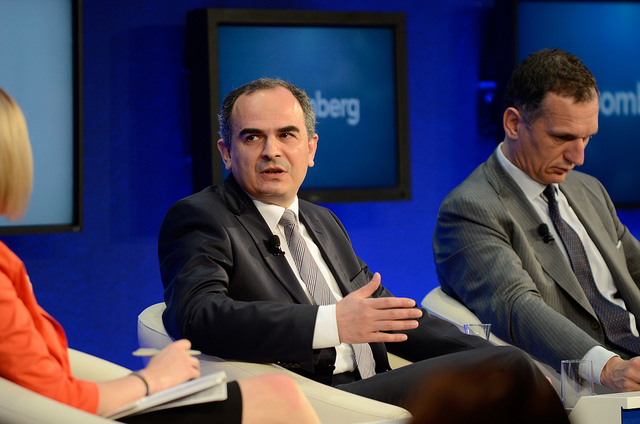 Right after the shocking rate hike by Turkish Central Bank and the elections that is thought to have removed the political risk, we began to see Turkish lira not under pressure anymore, unlike the central bank.

Firstly, let us remember the deep thoughts Turkey’s Finance Minister on the economy,

and next he says,

It is hard to make sure that the nation on the Boshporus has no idea what is doing while a man in such a high place needs a Introduction to Economics book in order to eliminate his nonsense  theories.

Things are not getting normal when we take a look at monetary policy.  Until the midnight express, we had seen the rates engineered by the central bank as the policy rate had lost its function. With the currency bouncing back, it did not mean no offense or pressure on the central bank but the government clearly showed its intolerance with high rates. Not surprisingly, this time the rates engineered by the central bank are under its policy rate. The funny thing is that the central bank stated that it would sustain it tight monetary policy stance until a significant improvement in the inflation outlook. Things are getting even more abnormal when we compare both headline inflation and core inflation to the target of the Turkish Central Bank.

Like I said it is hard to make sure.

P.S: Targeted inflation rate in Turkey has been 5% for the last three consecutive years.