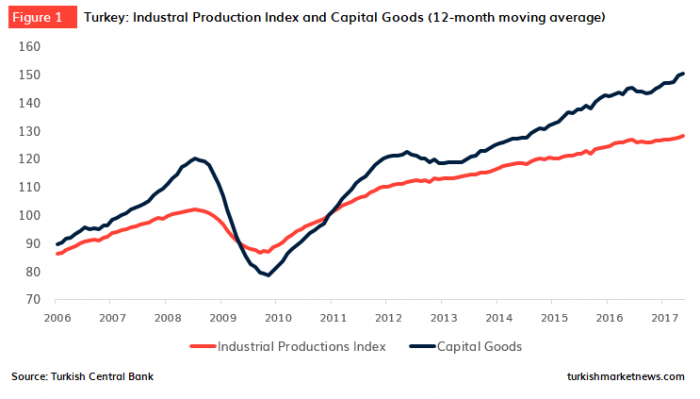 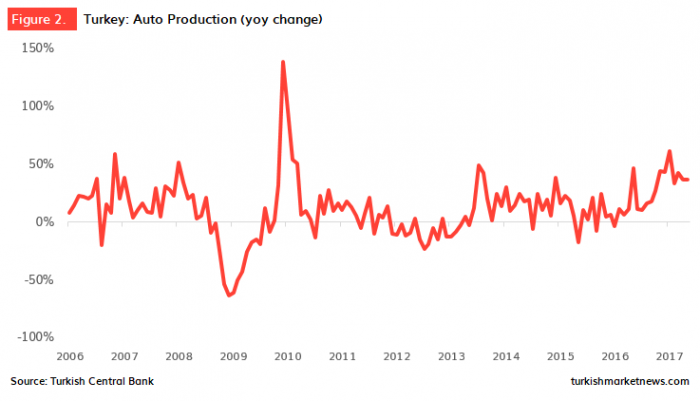 Q4 2016 GDP data will be posted this Friday, probably mark a recovery from Q3 when a negative figure was recorded as the consensus estimates signal a 1.9% annual change in GDP, corresponding to 2.2% growth for FY 2016.

We believe that Q4 GDP growth is likely to exceed estimations as we see strong exports and government spending building a supportive case for the economic activity. That said, subdued growth will still be the overriding theme as pre-indicators suggest a weaker economy during Q1 2017.

Industrial production and capital good production indicators are in favor of a growth rate remaining at positive territory for the final quarter of 2016.

As auto producers enjoyed a recovery in Europe, and the competition advantage that the currency depreciation brought which,

however, have had a negative impact on consumers.

It is time for an update after a hiatus of several weeks on the blog. In our previous two articles, we put emphasis on Q3 GDP growth which posted a bad reading as the economic output growth turned to negative territory for the first time since the aftermath of the late-2008 global financial crisis, and the rising unemployment figures on the back of the weaker services sector. Below we provide a summary of the latest economic development to keep our readers updated.

The data set of industrial production index has just completed with the release of December data which provided mixed signals for the outlook of the economy. Overall, we believe that some industries such as auto production are still strong and remarkably contribute to the output growth while the rest of the economy is facing severe challenges. As visualized at the following chart, 12-month moving average of the Industrial Production Index suggests a halting economic growth. That said, we expect Q4 GDP growth to be around 1.5% which would mean a return to growth but with a relatively weaker recovery.

Inflation Back to Double-Digit Numbers

Back in November we noted that we expected core inflation to hit 8.5% in 1H17. As we start the new year, we foresee that our target is likely to be overshot. Even worse, we are very likely to see headline inflation going above 11% in March owing to the base effect impact. The chart above demonstrates the evolution of headline inflation and some other core indicators. Meanwhile, Turkish central bank, standing at the peak of monetary policy unorthodoxy, engineered to a de facto rate hike of 200 bps, taking the effective funding rate at 10.3% in an attempt to support the local currency.

Going forward, on the macro front we believe the upcoming referendum will be the overriding theme, as the political risks remain severe. We also see the newly introduced sovereign wealth fund adding to the risk premium due to uncertainties around its management and decreasing cash flows into the government budget due to the lack of dividend payment from the companies to transferred to the Fund.