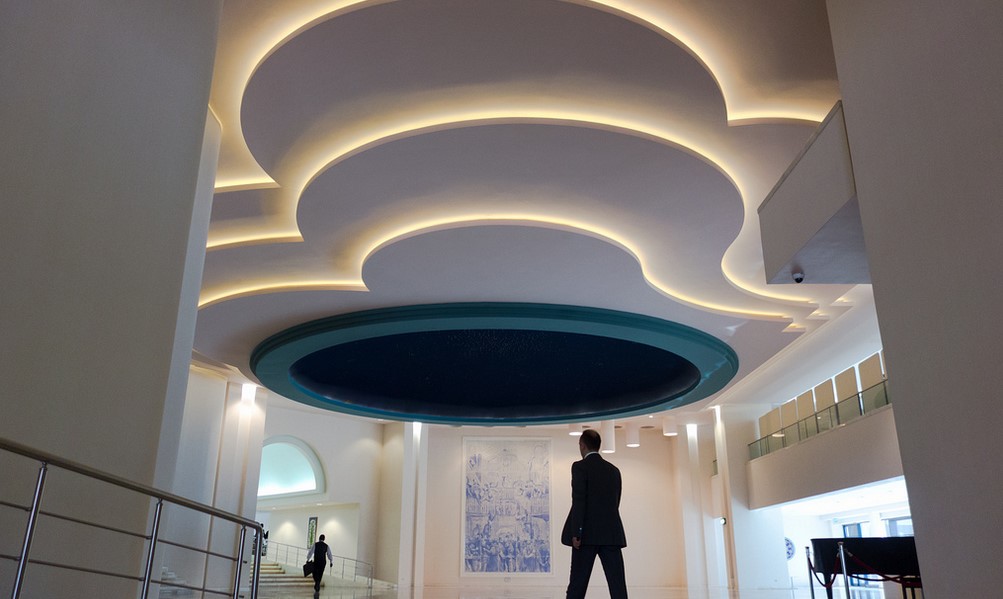 One of the key market themes that marked this year has been the bank stocks trading with low multiples and the advancement in the industrials. Time and time again we uttered that the golden age of Turkish banking is over (see here and here) which was finally embraced by a top banker in Turkey. Given the banks capturing a dominant share of the Turkish stock market the BIST 100 index has expectedly performed poorly.

We also have seen the ratio of the Turkish banking index (BIST:XBANK) to industrials index (BIST:XUSIN) falling below 2 this year which may have seemed like an anomaly from a historical perspective. A part of analysts attributed this to the start of a bear market while the other part mentioned a changing overall market trend. Despite the fact that I have been long-term bear and clearly recommended investors to avoid from risky Turkish assets (and EM in general), I also believe the upheaval in Turkish market has begun forcing investor to be extremely selective to be able to make a winning pick.

Interestingly, according to volume data the dominance of the banks are likely to continue. This may require the fund managers moving to a set of unconventional investment strategies such as smart-beta from typical index investing as hoping and holding bank stocks leave investors face a potential long-term bear market. 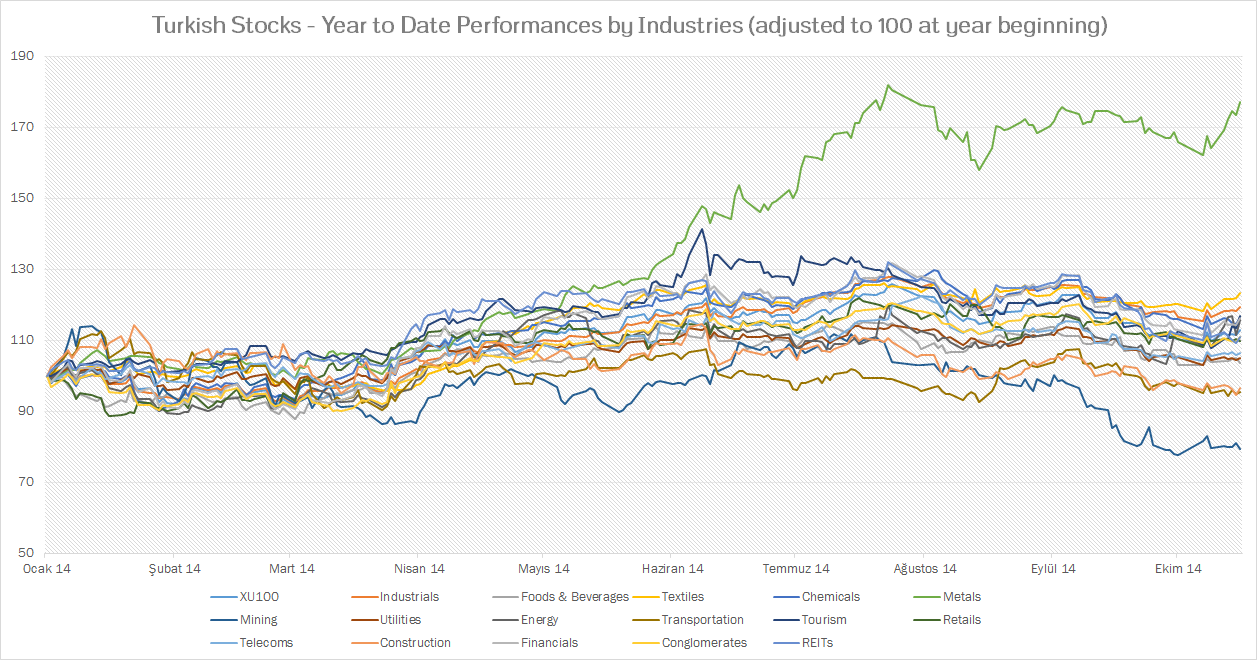 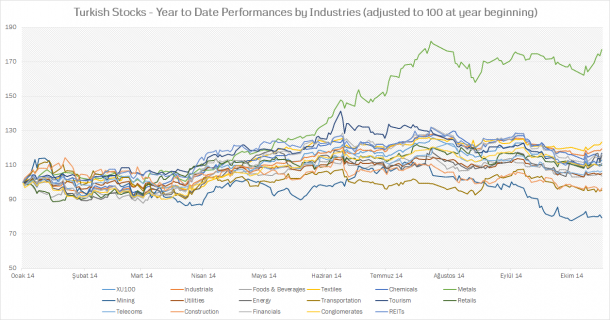 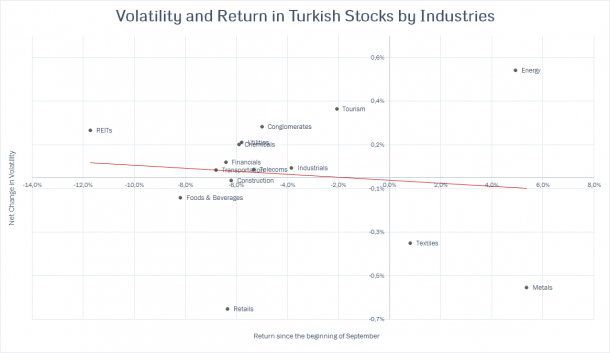