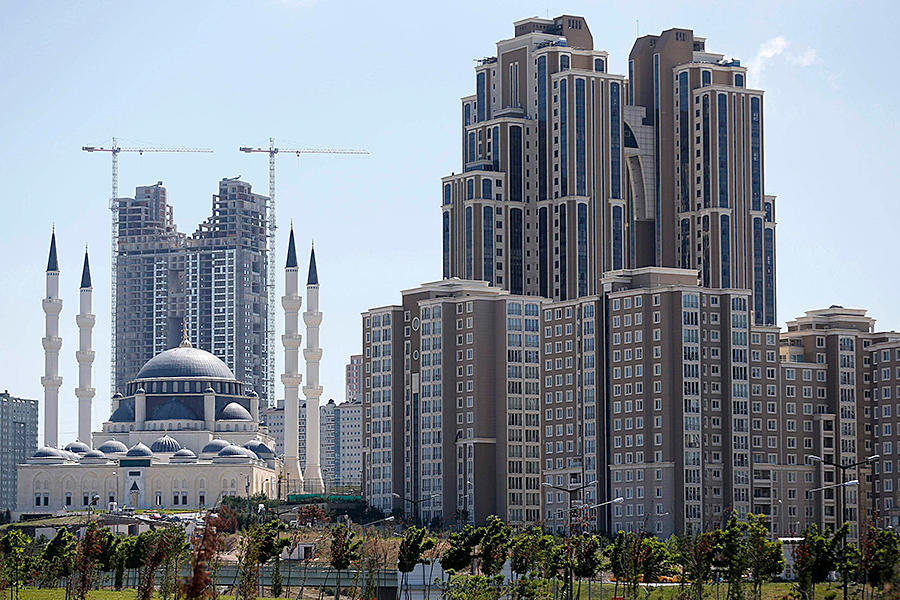 Turkey’s house prices bull market momentum as a consequence of years of negative real interest rates policy, which is somehow called tight by Central Bank of Turkey, is rapidly translating into positive economic data as illustrated not by the unemployment rate surging to 9.9% in seasonally adjusted terms, or the GDP growth reported to be occurring at an annual rate of 2.1% substantially missing analysts’ expectations, but by the house prices rising, crazy-madly in some parts.

The Central Bank of Turkey has been releasing the housing prices data, an only narrowly watched gauge of the health of the Turkish housing market, since the beginning of 2010 which is visualized as follows. Because the lack of important data sets like disposable income, rental prices, it is nearly impossible to figure out if a housing bubble about to burst exists in Turkey, but, for sure, if we have home-buyers’ confidence index in Turkey, the chart would be rotated to 90 degrees. 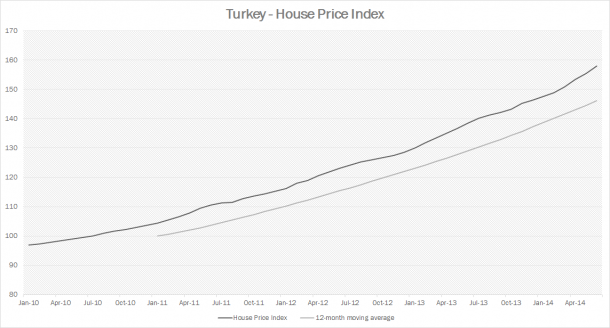 In real GDP terms, Turkey grew by roughly 20% between Q110 and Q214, while housing prices rose 63% during this period, that suggest housing prices grows faster than GDP does. Despite the fact that GDP and house prices are not linked according to many economists, house prices are very likely to outperform the disposable income significantly. 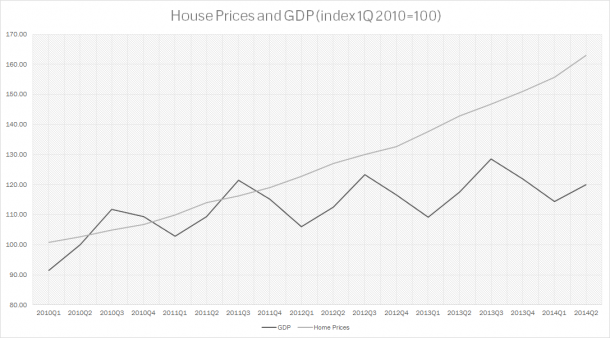 Finally here is the ugly fact. A growing number of investors now see inflation moving above trend levels while the domestic growth remain below-trend. As a results of this, a huge transfer of wealth under way as a consequence of the inflation trend from those that work and rent, or so-called wage slaves, to those that own the assets (prosperity) as inflation both erodes purchasing power of earnings and inflates leverages asset prices.