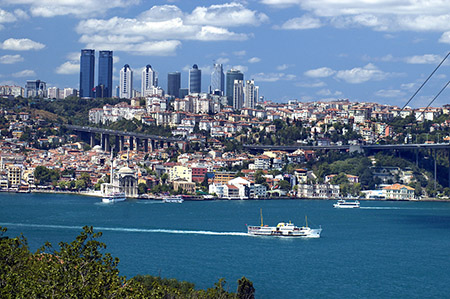 The biggest failure of modern capitalism has been the housing bubble that led a big financial crisis several years ago. The United States housing market collapsed following the increasing foreclosure rates, than huge loss for the banks by assets invested in mortgage market, unprecedented bail-outs by government and other consecutive  undesirable events in market followed. The U.S. Federal Reverse is still trying to heal the market with its billions of dollars asset-purchasing program to improve the liquidity in the market.

So, the question is, is there a housing bubble in Turkey? Apparently not. There are no clear signs signaling a housing bubble. In addition, the mortgage market seems healthy due to low non-performing housing loans ratio.

Eventually, in 2010, we began to have the official data showing housing prices by the Central Bank of Turkey. Comparing to the hourly earnings data released by Statistical Office, the gap between house prices and wages is not widening. This gap was pre-indicator in developed economies for the upcoming crisis.

According to the Real Estates Investment Trust Association, GYODER, 7 million new residential unit must be built until 2023 to meet the demand driven by demographics, social changes and regeneration efforts.

However, there is some analysis asserting the average price of housing units in urban center beats the budget of average household. Unfortunately, we do not have the actual data supporting this claim but, honestly, the number of property projects targeting upper-income class is drastically rising and this rise could lead a surge in old units and make them unaffordable, just like it is has done in the United Kingdom.