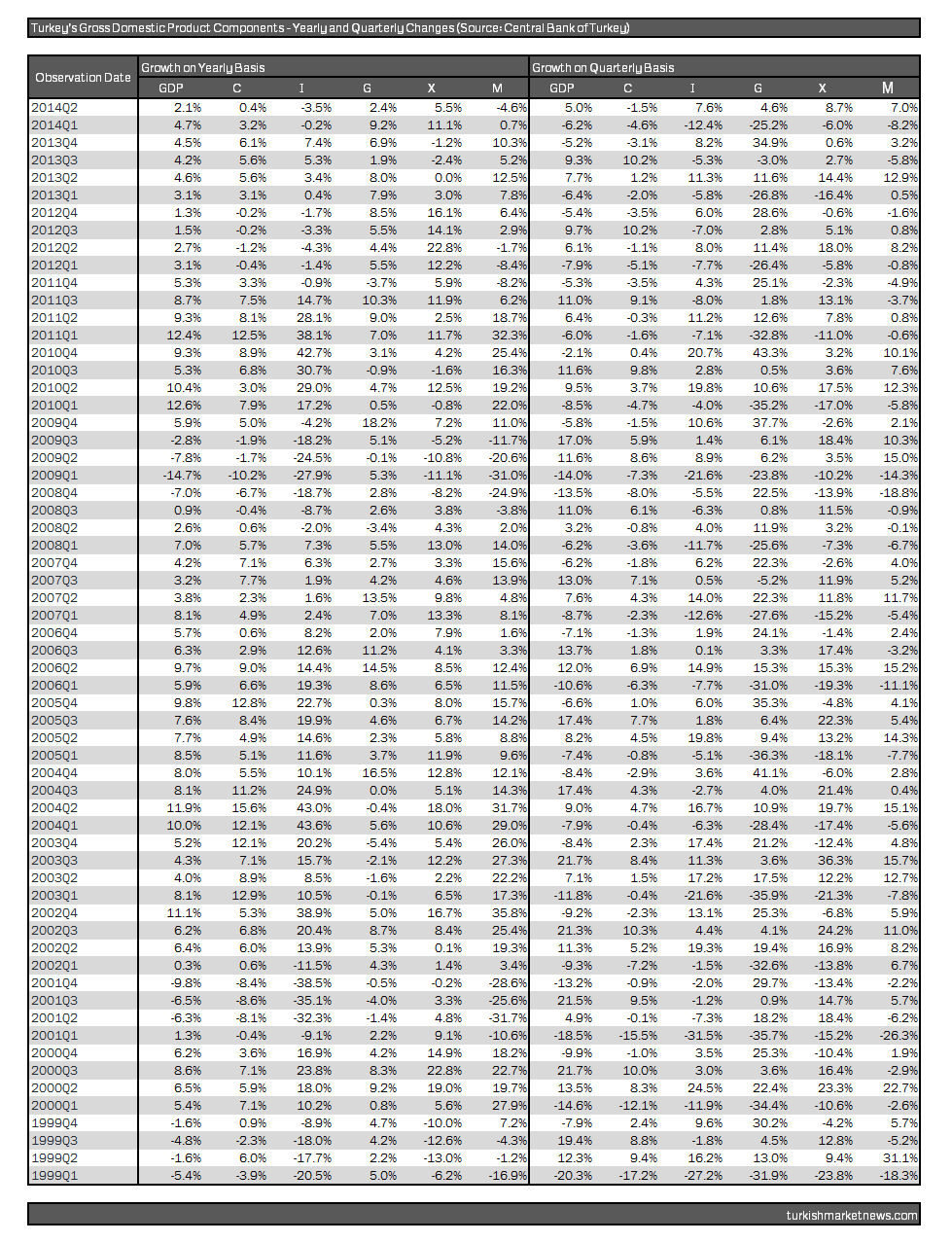 It is strange to see that economists taking part in analyzing Turkey do not have a consensus about the third quarter growth projections. Turkey reported a year-over-year growth rate of 2.1% in the second quarter in which exports as a positive contributor to the growth surprised to the upside while investment significantly remained weaker. On quarterly basis Turkey  grew by 5% after reporting a contraction of 6.2% in the first quarter of the year. The bullish side thinks that developments in the foreign trade side will continue to help the country grow its economy. On the other side, doomsayers suggest many macroeconomic indicators like business confidence, industrial output drawing a grey picture. But the both side agreeing the economy will perform poorly compared the past years makes the whole debate a vicious circle.

For the last consecutive fourteen years, the third quarters have been where we have observed booms in consumption, and provided that the consumption is most significant component of Turkey’s GDP, we likely to see a higher GDP growth figure coming out but in any case it will not be able to attract emerging market investors typically seeking for a high growth.

Here below is the numbers posted til date, including the changes observed in components’ growth on yearly and quarterly basis and here is the excel file). 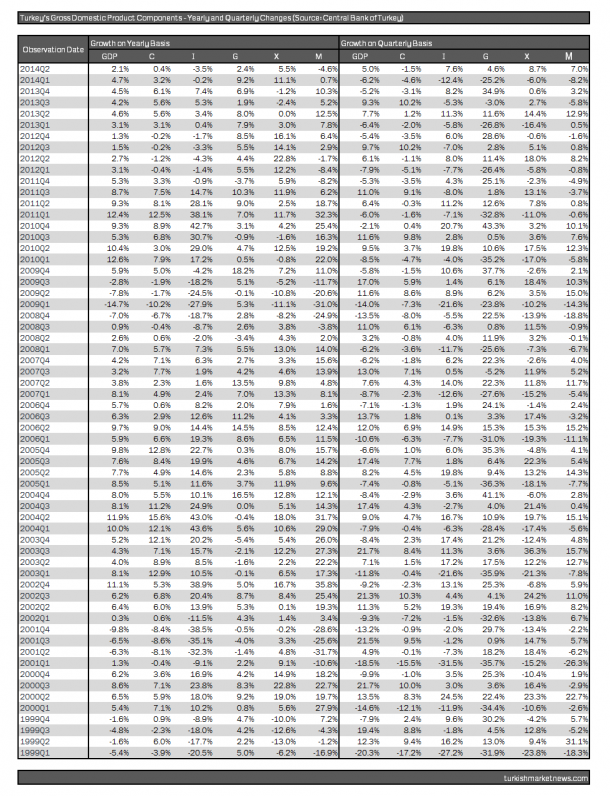 But here is the chart where you really can not see anywhere. 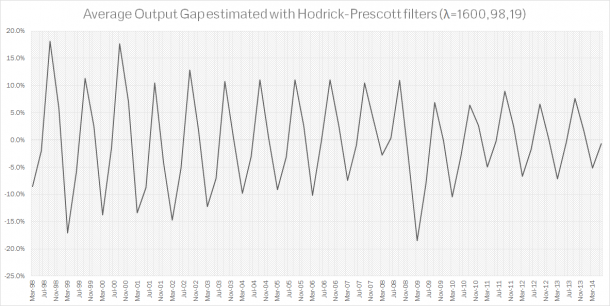 The chart above is visualizing the estimated output gap of Turkey by using the Hodrick-Prescott filter with lambdas of 1600, 98 and 19. According to a paper published by Turkish Central Bank economists the last two lambda numbers are the most effective ones to use for estimating the output gap for Turkey while 1600 is the most commonly used number for filtering the actual GDP numbers from its real trend in the world of economics. The fundamental point of my argument here is that Turkey has been experiencing a negative output gap which is known for its deflationary pressure. And this is where the critical question emerges: As we see a better GDP growth that would probably generate a positive output gap, what is the Turkish Central Bank is planning for stemming inflation? Lowering rates with a “hawkish” stance or doing nothing?