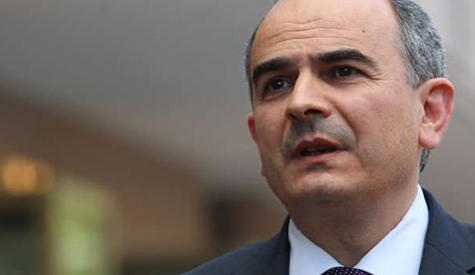 After Turkish lira bounced back from its record low of 2.74 to 2.58 versus the US dollar, it is stated by some pundits that more rate cut may be on the way from Turkish central later this year with a scenario of serious slowdown in economic activity. On its May meeting the central bank decided not to change the policy rate or the parameters of the so-called interest rate corridor in line with the market consensus. Unfortunately in its monetary policy committee statement CBT emphasized that the developments in the core inflation front will be limited due to the volatility in foreign exchange market. In my view a rate cut is a fantasy, not just because of the US Federal Reserve concerning a rate hike in the upcoming months, but of inflation dynamics in Turkey still draw a gloomy picture. The aforementioned sentence from the CBT’s statement was also the only part the changed from the previous report, making it the most important point to gleam.

The chart below highlights the trends in the top inflation indicators of the country. The headline inflation has been on a rising trend since January when CBT cut the rates amid political pressure resulting in the loss of credibility. Conversely core inflation has been easing, however, CBT sees no further development in the general price level indicator.

According to the survey by CBT the decision makers in Turkey see a higher inflation rate within a 12-month horizon, and more interestingly, one-week repurchasing agreement rate, or so-called policy rate, is expected to be higher within the same horizon. CBT will likely will be shifting its focus increasingly towards the high rate of core inflation as a reason to hold off cutting rate for some time to come.

Market participants as well as politicians will question the implications that higher interest rates would have on future growth prospects. Turkey has been recording underwhelming economic results and lowering interest rates may seem like a tool to put Turkey back on a growth path. This simplistic view that ignores seeing structural reforms as the real solution Turkey’s below par growth issue was primary reason behind the unbalanced and unsustainable growth path that the country entered following the global financial crisis. On the other hand it may lead CBT to rise the interest rates by another 500 basis points to defend the local currency as the emerging market currencies will start to fade as a consequence of the US Federal Reserve officially tightening. Shortly CBT is between two fires.